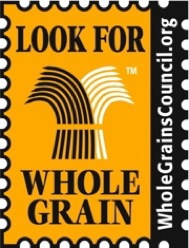 The Whole Grains Council dedicates a lot effort into helping consumers find whole grain foods and understand their health benefits. Here is a quote from their “Sorghum June grain of the month”

Article: SO GOOD FOR YOU

“Increased prevalence and diagnosis of celiac disease have led to strong growth in the gluten-free market, of which sorghum is a key component. While 40,000 to 60,

But being gluten-free isn’t sorghum’s only bragging right. It’s also a whole grain that provides many other nutritional benefits. Sorghum, which doesn’t have an inedible hull like some other grains, is commonly eaten with all its outer layers, thereby retaining the majority of its nutrients.  Sorghum also is grown from traditional hybrid seeds and does not contain traits gained through biotechnology, making it nontransgenic (non-GMO).000 Americans have been diagnosed as celiac, the federal government estimates there could be as many as 3 million undiagnosed. A gluten-free diet incorporating sorghum also has been adopted by many with autism, ADHD and irritable bowel syndrome, although research in this area is limited.

Some specialty sorghums are high in antioxidants, which are believed to help lower the risk of cancer, diabetes, heart disease and some neurological diseases. In addition, the wax surrounding the sorghum grain contains compounds called policosanols, that may have an impact on human cardiac health. Some researchers,in fact, believe that policosanols have cholesterol-lowering potency comparable to that of statins.”